The Renaissance. Round Trip from Florence to Paris

One of the most important and sophisticated museums in Paris, the Jacquemart-André boasts the richest Florentine Renaissance collection in France after the Louvre. This is a result of the hundreds of masterpieces purchased in Florence at the end of the nineteenth century in the showroom of the famous Garibaldian antiquarian Stefano Bardini. This show brought the main nucleus of this collection  back to Italy for the first time: paintings by Botticelli, Mantegna, Paolo Uccello, Luca Signorelli and Alesso Baldovinetti, sculptures by Donatello and Giambologna, small bronzes, furnishings and ceramics. A total of 40 masterpieces which returned to the city in which they were created to be displayed in the very same residence-atelier of the merchant who sold them.

The epic of the great Florentine antiquarians, the birth of the Florence/Renaissance myth, the fever of collecting which, between the nineteenth and the twentieth century infected the most cultured milieu of the wealthy European and American bourgeoisie: these are some of the intriguing chapters in an oft-told tale. 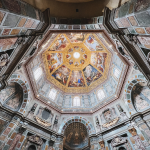 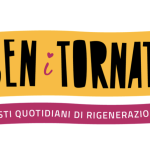