Palazzo Strozzi will present a major exhibition entitled Pontormo and Rosso. Diverging Paths of Mannerism, devoted to the work of the two painters who were without question the most original and unconventional adepts of the new way of interpreting art in the Italian Cinquecento which Giorgio Vasari called the “modern manner”. This landmark exhibition brings together for the first time a selection of some 80 works – paintings, frescoes, drawings and tapestries – accounting for 70% of the artists’ output. Loaned by major museums in Italy and around the world, many of the works have been especially conserved for the occasion. Florence is the ideal place to stage such an exhibition as so many of the two artists’ most important works, which 20th century critics acclaimed as masterpieces of Mannerism, are to be found in the city and in the surrounding region of Tuscany.

This extraordinary examination of their careers offered by the Palazzo Strozzi exhibition has been made possible by the generous collaboration of such eminent Italian museums as the Galleria Palatina in Palazzo Pitti, the Uffizi and the Museo di Capodimonte, and such leading foreign institutions as the National Gallery in London, the National Gallery of Art, Washington, the Musée du Louvre, Paris, and Vienna’s Kunsthistorisches Museum, without which such a complete retrospective of the two artists’ work could not have been possible. Pontormo and Rosso both trained under Andrea del Sarto yet each maintained an independent approach and enormous freedom of expression. Pontormo, always a favourite with the Medici, was a painter open to stylistic variety and to a renewal of the traditional approach to composition. Rosso, on the other hand, was more tightly bound to tradition, yet was fully capable of flights of originality and innovation. He was also much influenced by Cabalistic literature and esoteric works.

The exhibition sets out to offer a new interpretation and a critical illustration of the cultural complexity and variety of expression of a movement conventionally labelled “Mannerism”, within which Rosso and Pontormo are generally held to be the two sides of the coin. Vasari, while situating them both within the “modern manner”, hinted at their different ideological and stylistic approaches. Thus, right from the outset and as the title implies, the exhibition clearly states that each of the two artists represents an independent approach in the complex political and cultural dynamics of the city.

Curated by Antonio Natali, director of the Uffizi Gallery, and Carlo Falciani, a lecturer in art history, the exhibition will showcase new philological, historical and iconological research into the work of the two artists since 1956 when Palazzo Strozzi hosted Exhibition of Pontormo and Early Florentine Mannerism, the last major monographic exhibition devoted to this leading player in a movement which had only recently been fully reinstated by the critics. Its aim is to provide visitors with a new awareness of the artistic spirit that drove two of the great masters of Italian Cinquecento painting.

The exhibition will be divided into eight sections, allowing visitors to explore different aspects of the two great artists’ work while at the same time tracking their history in chronological order, from their earliest training to the artistic legacy. Designed as two parallel monographic overviews mirroring one another, the exhibition displays the work of Pontormo and Rosso in chronological sequence, enabling visitors to appreciate the two painters’ profoundly different approaches to artistic expression. In addition to the chronological installation, visitors will encounter a number of themes such as draughtsmanship, portraiture, or the interest in orthodox (or indeed heterodox) religious sentiment that surfaces in so much of their work.

The exhibition is introduced by three large frescoes from the Basilica of the Santissima Annunziata, detached years ago and recently conserved: Andrea del Sarto’s Journey of the Magi, Pontormo’s Visitation and Rosso’s Assumption, alongside the San Marco Altarpiece painted by Fra Bartolomeo and Albertinelli. This group, illustrating the two painters’ shared yet multifaceted youthful experience, sets the scene for the subsequent contrast between them by highlighting the differences that could already be detected in their immature works. Pontormo’s penchant for naturalism, in the vein of Leonardo da Vinci, was a tendency totally alien to Rosso who, conversely, showed a greater affinity with the muscularity of Michelangelo’s cartoon for the Battle of Cascina.

The early sections of the exhibition use the harmonious and “flawless” (Vasari) painting of Andrea del Sarto to highlight Pontormo’s and Rosso’s gradual move away from his style right up to their final choice of directions in 1517, a crucial year represented by the juxtaposition of Andrea del Sarto’s Madonna of the Harpies with Rosso’s Santa Maria Nuova Altarpiece, both from the Uffizi, and Pontormo’s Madonna and Child with Saints from the church of San Michele Visdomini. The latter has recently undergone sensitive cleaning to reveal its extraordinarily subtle palette. Two rooms are devoted to the portraits of Pontormo and Rosso.

About a dozen works serve to emphasise their different approaches to this genre, from their youth through to their maturity. The portraits come from the Louvre, London’s National Gallery, the Museo di Capodimonte, the Fondazione Giorgio Cini in Venice and the National Gallery in Washington, and comprise 80% of all extant portraits painted by the two artists. A section devoted to drawings, also displayed in chronological order, allows visitors to examine the development of the styles and techniques that the two painters used in their preparatory drawing for painting. Included are such emblematic drawings by Pontormo as the study for the angel in the Annunciation in the Capponi chapel in the church of Santa Felicità in Florence, and the study of a nude from the lost cycle of frescoes once in the choir of the Basilica of San Lorenzo, Florence. Among the major drawings by Rosso are a study of Saint Sebastian loaned by the Gabinetto Disegni e Stampe degli Uffizi and a design for an altarpiece from the British Museum.

Visitors will also be able to track Rosso Fiorentino’s travels between Volterra and Florence as well as his trips to Rome, where he was involved in the city’s sack in 1527, and to Sansepolcro before he fled to France, through key works: the Madonna of the Holy Girdle from Volognano; the restored Marriage of the Virgin from the Basilica of San Lorenzo in Florence; the Death of Cleopatra from the Herzog Anton Ulrich Museum in Braunschweig; and the Deposition from the Cross from Sansepolcro. The influence of Dürer on Pontormo’s style is evident in the Supper at Emmaus from the Uffizi, which he painted for the refectory of the Certosa di Galluzzo monastery.

Indeed, the variety of Pontormo’s figurative and thematic work is illustrated by a series of celebrated paintings, such as his Visitation from the church of San Michele in Carmignano (conserved for the exhibition) in sequence with, among other works, the Madonna and Child from the Capponi collection, the altar frontal from the Capponi Chapel in Santa Felicità and the St Jerome from the Niedersachsisches Landesmuseum in Hannover, and by two little-known panel paintings attributed to the artist. The final section is devoted to the period during which Rosso became the favourite painter of François I of France in Fontainebleau, while Pontormo in Florence was patronised by Cosimo I de’ Medici.

Following the political and cultural events of the two courts in which they worked, the artists appear to draw closer together again despite their physical distance, through their shared adoption of the supranational figurative vocabulary forged around the style of Michelangelo’s mature work. In this room, two tapestries manufactured to a design by Pontormo for Palazzo Vecchio hang alongside a tapestry that once adorned the gallery of Fontainebleau, which Rosso painted for the eastern end of that gallery. Other major paintings from this period include Pontormo’s Venus and Cupid from the Galleria dell’Accademia in Florence, and Rosso’s Venus and Bacchus from the Musée National d’Histoire et d’Art, Luxembourg, and his Pietà, c. 1530, a rare loan from the Louvre. Devised by Florentine architect Luigi Cupellini, Pontormo and Rosso. Diverging Paths of Mannerism is designed to evoke the architecture of the two painters’ era in a layout which promises to interact admirably with Palazzo Strozzi, a textbook example of the Renaissance style. 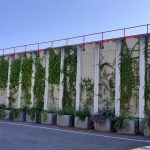 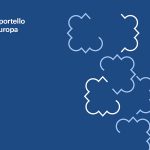 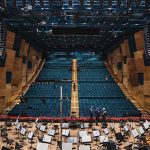 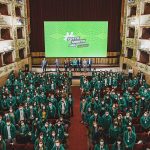