Le Rampe del Poggi (“Poggi’s Ramps”) is an iconic Florentine landmark consisting of a ramp and fountain system that links the city center with the famous panoramic Piazzale Michelangelo.

Constructed in the late 19th century by the architect Giuseppe Poggi, the complex deteriorated over the course of over a century. In June 2019, thanks to a 2.5 million Euro contribution by the Fondazione CR Firenze (under the Art Bonus donation formula), the ramps and fountains have been brought back to their original splendor through one of the most complex and ambitious restoration projects in Florence’s modern history. The restoration was project managed by the City of Florence.

On February 3rd, 1865, Florence became the official capital of Italy. On this occasion, the city government entrusted architect Giuseppe Poggi with the task of modernizing the city. Poggi led important public works projects for Florence: from the construction of large avenues, through to a main train station. For the city’s transformation, Poggi envisioned a network of lush green piazzas and open-air spaces for the entire population to enjoy. These included, among others, the Cascine Park, Piazza della Libertà and above all the breathtaking viewpoint over the city of Florence, Piazzale Michelangelo. And so, to connect the city center via the hills that led to the new Piazzale Michelangelo, the ramps were constructed between 1872 and 1876. Not only were they designed to create a pleasant walkway, but they also served as architectural barriers to ensure the hill’s stability.

The project was designed with Florentine artisan heritage in mind: ample views of the city, unique landscape architectural features, mosaics recalling the basilica of Santa Maria Novella, and grottos with sea sponges and aquatic plants inspired by those conceptualized during the Renaissance by Bernardo Buontalenti in the nearby Boboli Gardens… All this brought together with the use of water as a key feature, which makes its way from a single fountain located at the highest point to then elegantly making its way down each level through numerous fountains and grottoes. 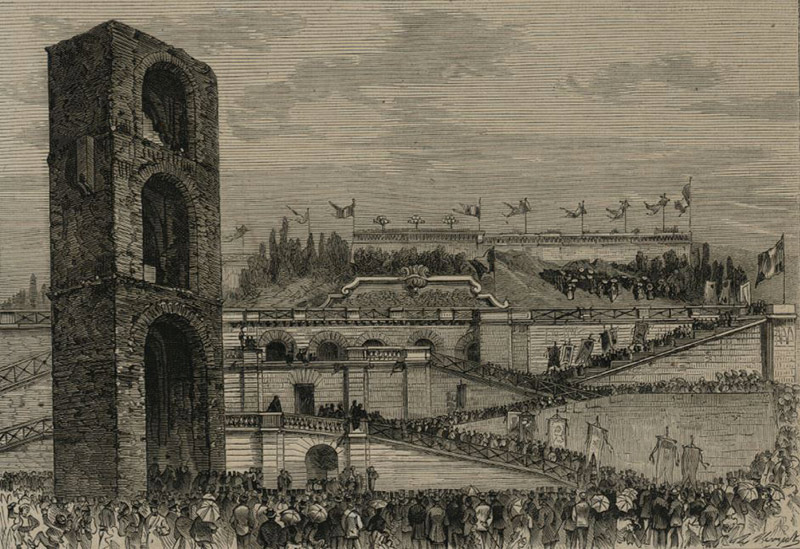 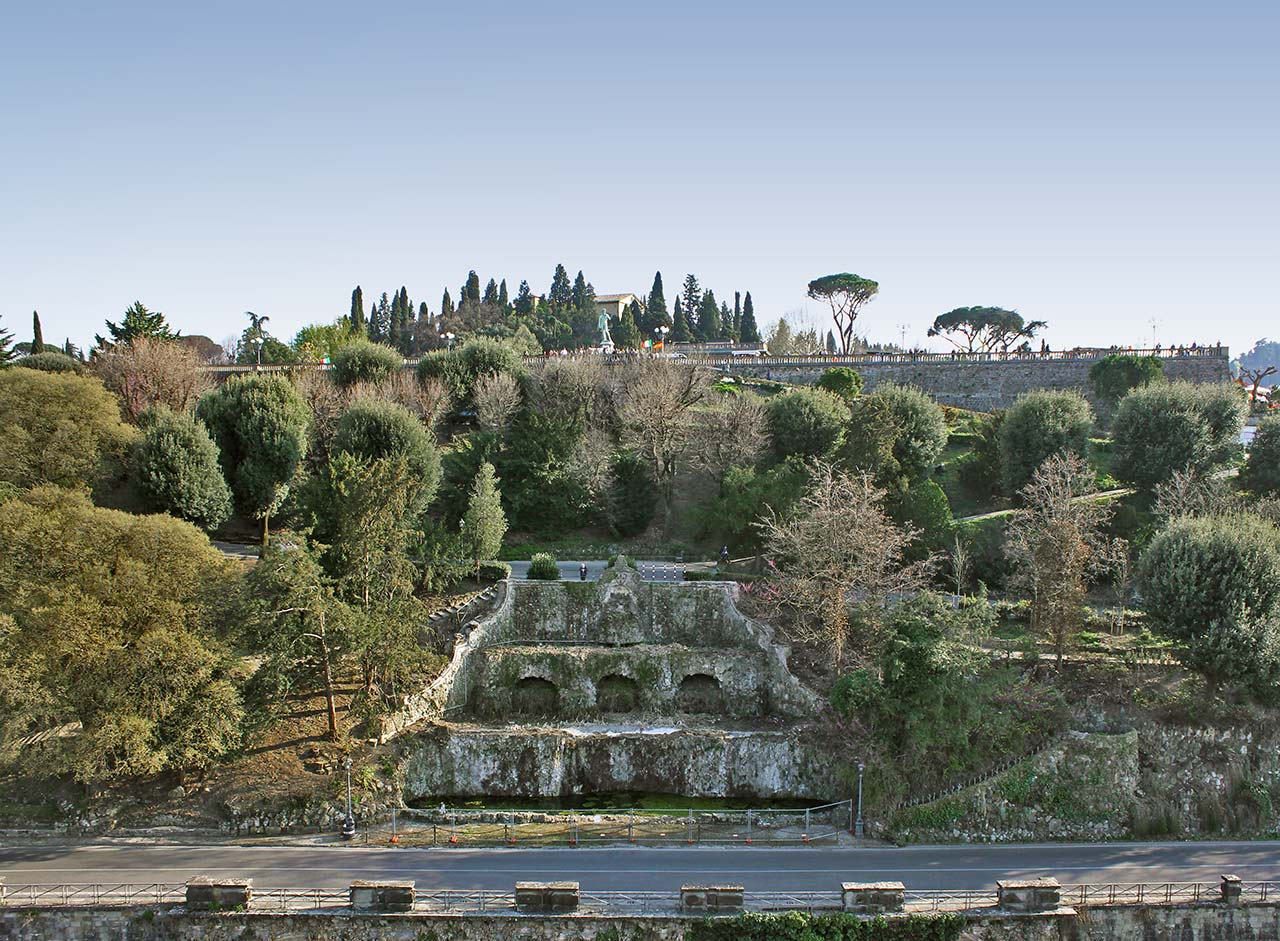 Unfortunately, within just a few years after its inauguration, the difficulty of supplying water and lack of hydraulic system maintenance led to the failure of the fountain system. Over the past 100 years, moreover, lack of financing for conservation and restoration caused a serious deterioration of this delicate architectural and environmental landmark, to the point where many features were completely overgrown with wild greenery and invisible to the naked eye.

The degradation of the historic landmark as well as issues with the hill’s stability made it critical to implement a monumental conservation and restoration project. As such, the Fondazione CR Firenze invested over 2.5 million euro in a project directly overseen by the leading regional nonprofit foundation, along with project management by the City of Florence. The donation was invested within the Italian law “Art Bonus” formula. 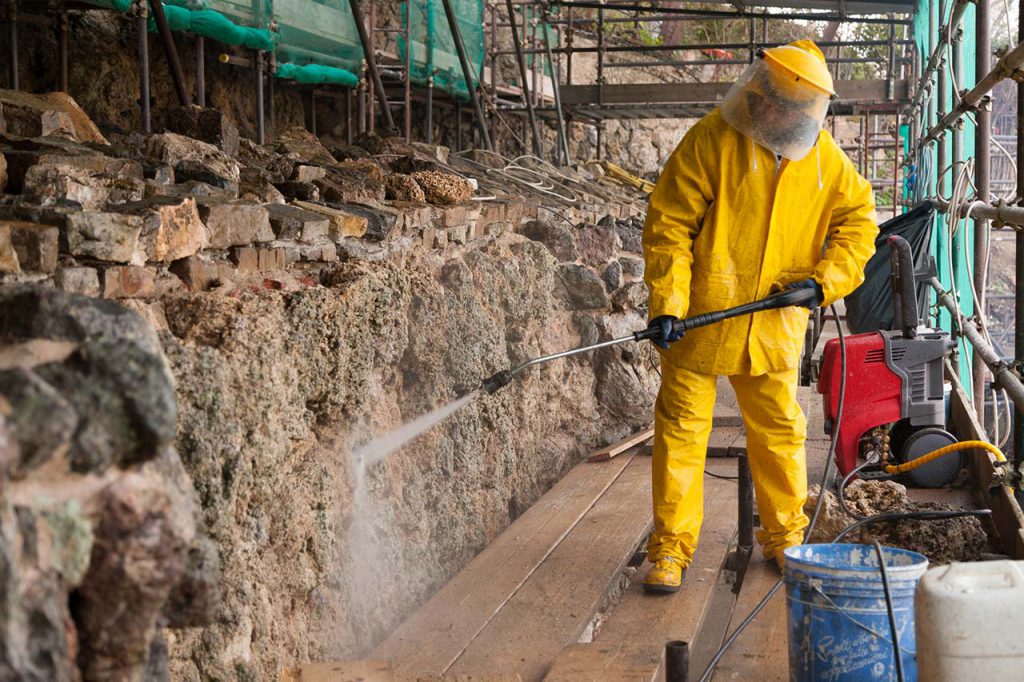 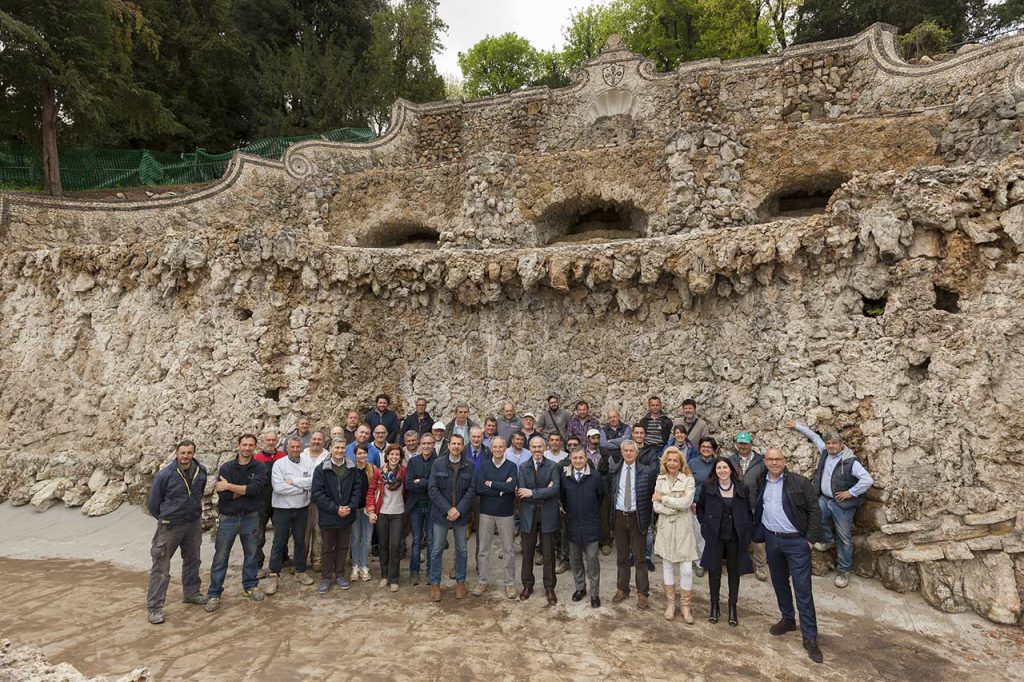 The restoration officially began in July 2018 with three main elements, all based on first-hand historical documents/accounts:

1. The conservation and restoration of all architectural and decorative elements.

2. A complete hydraulic revamp, inclusive of the installation of a new state-of-the-art sustainable water management system.

Overall, four specialized companies were involved in the project, bringing with them 28 staff members including historical restoration experts and artisans, landscape architects, electricians, masons, artisans and more. The project took 225 days and 27,000 total hours of manpower to complete.

For international press inquiries on this project, please email comunicazionedigital [at] fcrf.it.