The Man and the Stars

The history of astronomy in a fascinating exhibition in Florence, held to mark the 400th anniversary of Galileo’s sensational discoveries – Website

Galileo Galilei is the crucial figure on whom man’s age-old relationship with the reality around him hinges not only in the history of science, and more especially of astronomy, but also in the history of culture at the global level. His intuition in pointing a telescope at the sky marks a clear break between two eras dominated by opposing views of the universe, thus paving the way for modern science.

Galileo’s first astronomical discoveries date back to exactly 400 years ago. To mark the year 2009, which the United Nations has dedicated to the anniversary (International Astronomy Year), Florence has decided to pay tribute to the human and intellectual adventure of one of its greatest geniuses with a rich and spectacular exhibition at Palazzo Strozzi (Galileo. Images of the universe from antiquity to the telescope, 13 March – 30 August 2009, www.palazzostrozzi.org, catalogue published by Giunti).

This is the key entry in the National Galileo Celebration Committee’s diary, which enjoys the lofty patronage of the President of the Republic. The project, including collateral events, was presented today by the organisations and scholars that have taken part in the initiative, namely the originator and curator, Paolo Galluzzi, director of Florence’s Istituto e Museo di Storia della Scienza; Florence Museum District Superintendent Cristina Acidini, in her capacity as chair of the scientific committee; and Deputy Chairman Michele Gremigni, with the Ente Cassa di Risparmio di Firenze, the promoter and organiser of the exhibition in conjunction with the Cultural Assets Ministry, the Fondazione Palazzo Strozzi (which also produces the exhibition), the Tuscany Regional Authority and the National Galileo Celebration Committee itself.

These three organisatons were represented by Director James Bradburne, by Councillor for Cultural Affairs Paolo Cocchi and by Chairman Edoardo Vesentini respectively. On a different note, the Ente Cassa di Risparmio is celebrating its 180th birthday with this exhibition on Galileo. The journey through time and space on which the exhibition takes its vistors begins with the mystical and poetical visions of ancient Egypt and Mesopotamia. It moves on to the Greek cosmogonies, with the extraordinary homocentric spheres of Eudoxus of Cnidus. It takes us through the planetary architecture of Ptolemy and of Arab astronomy.

Then it examines the Christian reworking of ancient theories, and finally it reaches Copernicus’ heliocentric theory, which inspired Galileo and Kepler — the two scholars who made a crucial contribution to the final triumph of the new view of the universe under Newton. Enlivened by multimedia applications and evocative and informative film material, the journey is accompanied by archaeological finds, scientific instruments of rare beauty and genius, maps of the heavens, drawings, paintings (including spectacular frescoes from Pompeii never shown before, along with work by Botticelli, Rubens, Guercino and many more), works of sculpture, precious illuminated codices and extraordinary working cosmological models specially built for the exhibition.

The more spectacular objects include a monumental astronomical tapestry from Toledo, the Farnese Atlas, a mysterious painting entitled Linder Gallery Interior which is on display for the first time, and naturally Galileo’s only surviving telescope (part of the Museo di Storia della Scienza collection in Florence). The exhibition also explores man’s fears and hopes, describing the relationship between astronomy and astrology, the influence that man’s imagination has always assigned to the configuration of the stars on power, music, medicine, and people’s character and inclinations, right up to the extraordinary influence that cosmology has had on architecture (domes) and on art.

A emblematic example of this is Albrecht Dürer while on a more general level, there is the relationship between melancholy and the planet Saturn. In the section devoted to Galileo and the invention of the telescope, which takes a detailed look at his discoveries displaying testimonials, documents and autograph drawings, visitors will be able to admire the only original telescope still in existence. The multimedia tools and interactive exhibits that complement the telescope will give visitors an insight into its structure and operation.

The section on Galileo will also provide an extraordinarily thorough overview of the gradual definition of the moon’s surface over relatively few decades, starting with the first drawings that Galileo was able to make thanks to his telescope. A spectacular DVD contains fascinating simulations of the main systems in the world and illustrates the workings of the most important scientific instruments on display. The www.palazzostrozzi.org and www.portaleragazzi.it websites also give access to in-depth articles and programmes for schools (teachers and students).

There is even an interactive game on Galileo specially designed for schoolchildren. A wealth of information can also be found on the Istituto e Museo di Storia della Scienza website: http://brunelleschi.imss.fi.it/portalegalileo/indice.html). A great deal of attention is devoted to schools, children and families in the numerous collateral initiatives produced by the Fondazione Strozzi. Czech writer Peter Sis, a well-known children’s author, will be writing captions for the exhibition specially for younger visitors, and The Starry Messenger, a best-seller on astronauts that he wrote in 1997, is to be published in Italian. As well as the workshops and Viola Sundays organised in conjunction with the Fiorentina football club, children will also be given The Starry Messenger’s postbag containing a host of fun gadgets for playing the astronomer.

As well as film cycles and conferences on space-related issues, there is a plan to cooperate with European Space Agency ESA to install huge touch-screens in Palazzo Strozzi on which HD images of stars, planets, galaxies, nebulae and other heavenly bodies will be projected. 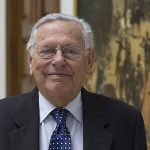 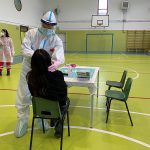