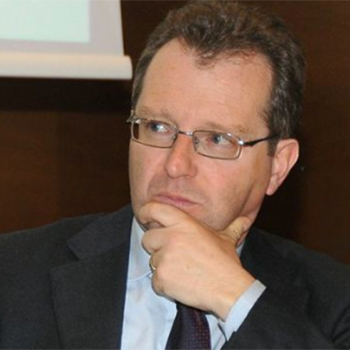 Umberto Tombari was unanimously elected as Chairman of the Fondazione Cassa di Risparmio di Firenze on 26 May 2014. He was born in Grosseto in 1966. He is a full professor of Company Law at Florence University. He is the founder partner of the Tombari D’Angelo e Associati Law Firm which has branches in Florence and Milan and specialises in company, competition and business law.

He is a member of the “Albo degli Avvocati Patrocinanti in Cassazione”. He was appointed a member of the Ministerial Commission for the Reform of Company Law at the Ministry of Justice (the so-called Vietti Commission) in 2001 and reconfirmed in 2003. He is an independent director of Salvatore Ferragamo s.p.a.. He has conducted research and been Visiting Scholar at the Institut für Deutsches und Europäisches Gesellschaftsrecht, Academic Visitor at Harris Manchester College’s Commercial Law Centre at Oxford University and Visiting Scholar at Yale Law School in the United States.

He was appointed a member of the Business Studies Commission established by the National Council of Notaries in Rome in June 2004 and reconfirmed in 2007, 2010, 2013 and 2016. He is a member of the Scientific Advisory Committee of the  “Florence School of Banking & Finance” established by the European University Institute (EUI). He has written numerous publications and essays.