On 30 June 1559, the young Florentine bride of the French King Henri II suddenly found herself a widow. In the failing light, her dashing and headstrong 40-year-old husband was killed in a friendly joust by the young captain of his Scottish guard whose lance accidentally pierced the king’s eye through his metal visor. In a tragedy said to have been foretold by Nostradamus, Caterina de’ Medici lost a husband and was surrounded by enemies, the Dukes of Guise and Montmorency, each vying for power over her frail 15-year-old son Francis II, the new King of France. As her own childhood had been shaped by intrigues and assassination attempts, Caterina knew how important it was to keep and exercise power.

Women in Power tells the story of one of the ways in which the two Medici Queens of France used powerful images to legitimise their claims to rule over warring families and factions at a time when women in power were rare. The exhibition brings to Florence fifteen monumental tapestries portraying The Story of Artemisia dedicated to Caterina de’ Medici (1519-89) in the 1560s and completed in the early 17th century by Maria de’ Medici (1573- 1642), herself widowed by the brutal assassination of her husband Henri IV, as illustrations of the education of the ideal prince, her son the future Louis XIII.

The tapestries, of different sizes but each close to five metres in height, became separated until 2005 when the seven tapestries owned by Mobilier National of Paris were joined by the eight acquired by Chevalier Atelier. Restored to celebrate the Royal Manufactures of France, these magnificent works come to Florence, the native city of their patrons, for the first time.

To justify her claim to rule as Regent for her three sons who in turn became kings of France, Caterina appropriated the stories of two very different Artemisias from antiquity. The first was the warrior queen Artemisia of Halicarnassus in Asia Minor, an ally of the Persian King Xerxes when he invaded Greece, who commanded five ships at the Battle of Salamis in 480 BC. The second Artemisia was the widow of King Mausolus who reigned from 352 to 350 BC after the death of her husband. She was renowned for her extraordinary grief and was said to have mixed his ashes in her daily drink. She became celebrated as the builder of the Mausoleum in Halicarnassus, the great monument dedicated to her husband’s memory which was one of the seven wonders of the ancient world. She also successfully defended her city from rebellious ships sent from Rhodes which had been conquered by Mausolus. By weaving the two stories together, Caterina projected herself as both the grieving widow and the powerful ruler.

Tapestry weaving is a technique going back to ancient Egypt. In medieval times, tapestries were one of the most important forms of artistic expression which proclaimed the owner’s wealth, power and status. They made rooms both more colourful and warmer by insulating stone walls and they could be taken down, rolled up and moved easily from place to place. The Artemisia tapestries in this exhibition are superb examples of the skill and dedication of the artisans in the royal tapestry workshops in Paris (later to become les Gobelins), who laboured for years following the designs of some of the most gifted artists of the time, translating them into miracles of gold, silver and coloured thread. The drawings by Antoine Caron (c.1521-99) and Henry Lerambert (1550-1609) that were the basis for the cartoons used for weaving will also be on show.

Further sections of the exhibition expand on the themes depicted by the tapestries as well as studying in depth the characters of the two Medici queens through portraits and works of art loaned from various museums to illustrate the extraordinary refinement that characterised their lives and their patronage.

Caterina favoured the French poets of the Pléiade (a group of seven French writers of the 16th century, led by Pierre de Ronsard) while Maria gave numerous commissions to Rubens and other major artists.

The section exploring the life of Artemisia, as depicted in the tapestries, will present a number of contemporary portraits of the two Medici queens. Few parallel episodes can be found in contemporary painting which, for dramatic effect, tended to focus on Artemisia’s suicide near the Mausoleum, while the tapestry scenes were designed to immortalise her political prowess, concentrating on battle scenes or military manoeuvres, in order to exult both Artemisia and the two queens of France. Houel’s poem completely ignores Artemisia’s tragic end and closes with the siege of Rhodes, again highlighting the political and military virtues of the reigning queen. When the tapestries were woven forty years later in honour of Maria they even included episodes which were not part of the original epic to further enhance this aspect of her character. Therefore, the painting section, rather than offering a comparison with the tapestry episodes, brings Artemisia’s story to its ideal conclusion and reconnects it to the literary sources through which it is universally known.

The Galleria degli Uffizi has loaned two paintings by Jacopo Chimenti called l’Empoli (1551-1640) depicting the marriages of Caterina to Henri II in 1553 and of Maria to Henri IV in 1600, as well as portraits of Caterina by Santi de Tito (1536-1603) and Maria by Frans Pourbus the Younger (1569-1622) and a 17th century cameo with portraits of Maria and Henri from the Musée du Louvre are amongst the important loans from French museums.

Several curious pieces in the exhibition include a letter with one of Maria’s drawings, a small canvas that portrays her at an outdoor banquet with her husband Henri IV, a 17th century terracotta dish depicting Henri and his family, and a precious jewellery collection. Other treasures include a rock crystal, silver-gilt and enamel casket, 1532, and a rock crystal and enamelled gold Diane de Poitiers cup, named after Henri II’s mistress, from the Museo degli Argenti in Florence.

Not only does every exhibition at the Palazzo Strozzi have bilingual labels throughout, it has special labels for families and children. For this exhibition one of Italy’s leading children’s authors, Roberto Piumini, has developed two discovery trails for children and families, one in verse and the other a play in which families can act out the scenes in the tapestries. Also available is a ‘suitcase’ packed with costumes and activities that allows families to take a trip back to the time of the Medici court.

Other events to accompany the exhibition include children’s performances by choreographer Virgilio Sieni, early music concerts At the Court of the Medici, poetry readings, in translation and in the original French, of Ronsard and other luminaries of the Pléiade, Fashion at the Medici Court during Pitti Uomo in January and special evenings featuring the Italian cuisine introduced by Caterina to the French court – along with the three-pronged fork. The exhibition Women in Power: Caterina and Maria de’ Medici is as contemporary as it is historical, bringing the Medici Queens of France back to life. 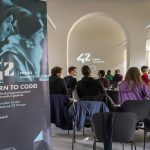 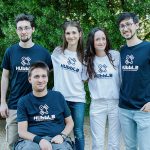 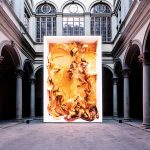 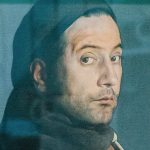