Bronzino. Artist and Poet at the court of The Medici

Florence Agnolo di Cosimo, known as Bronzino (1503-1572), was one of the greatest artists in the history of Italian painting. Court artist to Cosimo I de’ Medici (1519-1574), his work embodied the sophistication of the Mannerist style. Bronzino. Artist and Poet at the Court of the Medici, on view at the Palazzo Strozzi in Florence from 24 September 2010 to 23 January 2011, will be the very first exhibition devoted to his painted work. Bronzino conveyed the elegance of the Medici court in his work with “naturalness” and, at the same time, austere beauty.

Florence is the perfect setting for a monographic exhibition on Bronzino. The son of a butcher, not only was he born and died here, the city houses some of his greatest masterpieces, particularly in the Uffizi but also in other museums and churches. This landmark exhibition, with loans from the world’s most important museums, presents presents 63 works attributed to Bronzino, and 10 to Bronzino and his workshop, along with others by his master Pontormo, with whom he had close ties throughout his life.

Bronzino’s paintings, with their sculptural definition, will be shown alongside sculptures by such 16th century masters as Benvenuto Cellini, Tribolo, Baccio Bandinelli and Pierino da Vinci, who were his friends and with whom he exchanged sonnets. The exhibition concludes with a number of works by Alessandro Allori, his favourite pupil. Most of these jewel-like masterpieces have never been shown together. Alongside the paintings from the Uffizi, the exhibition will include such works as The Adoration of the Shepherds and the Allegory of Venus, Cupid and Jealousy from the Szépmvészeti Múzeum in Budapest, the Venus, Cupid and Satyr from the Galleria di Palazzo Colonna in Rome, the Portrait of a Young Man with a Book from the Metropolitan Museum of Art in New York, and the Holy Family with St Anne and St John in the versions in the Musée du Louvre in Paris and the Kunsthistorisches Museum in Vienna, together with panel paintings from the J. Paul Getty Museum, Los Angeles, and from the National Gallery of Art, in Washington.

The exhibition will show three hitherto ‘missing’ works by Bronzino, two of which, while recorded and mentioned by Giorgio Vasari, were thought to have been lost: the Crucified Christ which he painted for Bartolomeo Panciatichi, and the St Cosmas, the right-hand panel accompanying the Besançon altarpiece when it originally graced Eleonora da Toledo’s chapel in Palazzo Vecchio. Their rediscovery sheds new light on Bronzino’s work and on his ties with the heretical religious mood that permeated the Medici court before 1550.

The third previously unknown picture is Christ Carrying the Cross ascribed to his later years. The exhibition, which has taken over four years to prepare, is curated by Carlo Falciani and Antonio Natali, the foremost experts on Cinquecento painting who have also contributed to the scholarly catalogue. The exhibition, in conjunction with Drawings of Bronzino at the Metropolitan Museum of Art in New York (20 January to 18 April 2010), will play a central role in fostering a new interpretation 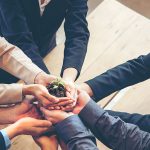 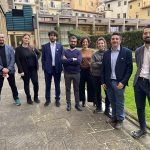 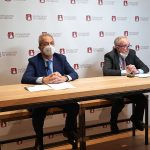 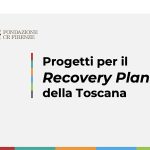